Check out the most relevant news and highlights in the current economic situation of the international market for alcohols and spirits in bulk. Do not miss the latest trends.
Bourbon fever
Bulk bourbon 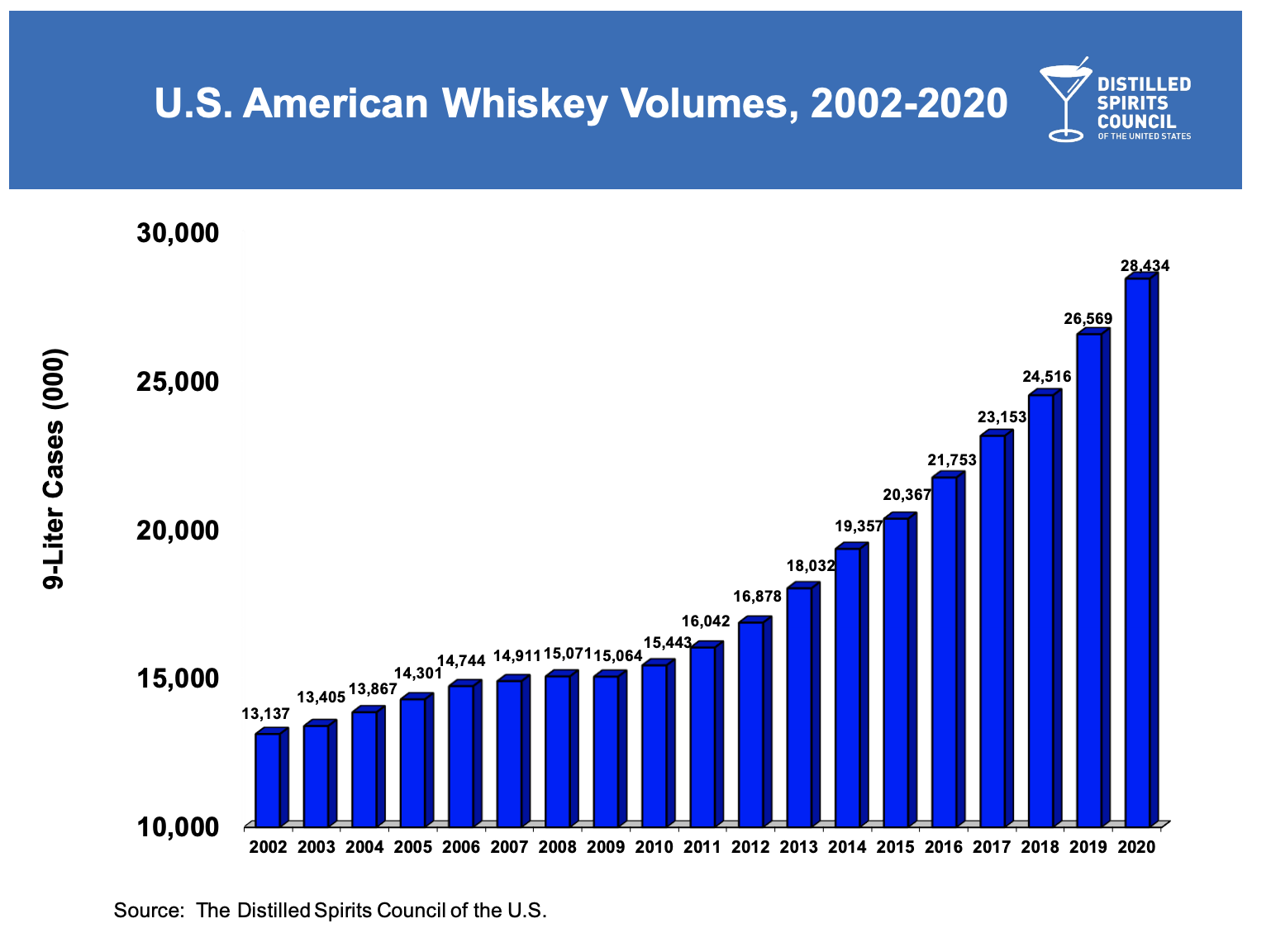 The bourbon industry, much like the entire spirits market, is amid an unprecedented expansion, one that seems to only be gathering speed as consumers seek out premium products. According to the Distilled Spirits Council, revenue from the super-premium category of American whiskey rose by 17.2% in 2021. Volumes increased by 15.6%. If you are looking for proof of the booming popularity of bourbon, look at the back bar of your favorite restaurant or bar the next time you are out. It is a forest of different bottles, each with its own story.

This thirst for unique high-end brands has led to severe shortages across the market as aged barrels of bourbon are gobbled up to fill bottles. This need has led Bulk, Wine and Spirits to seek out new suppliers and new investor contacts with the benefits to our customers of having access to updated inventories.

The bourbon market itself is where the Scotch market was 15 or 20 years ago in Scotland. Investors realized that they could make money if they could manage to procure barrels and put them away for a few years.

The driver of the scotchification of Bourbon is in the freaks and one-and-done outliers that are increasingly driving secondary markets.

The king of that particular hill – for now – is another Buffalo Trace product: Colonel E.H. Taylor Warehouse C Tornado Survivor Kentucky Bourbon Whiskey. “Tornado” to its friends, is the fortuitous product of a 2006 storm that blew the roof off one of Buffalo Trace’s rick houses. It looked, at the time, like a major disaster, potentially rendering hundreds of barrels of whiskey worthless by exposing them to the elements.

While the engineers worked things out, the whiskey roasted unprotected in the Kentucky sun. Eventually, Wheatley’s crew threw a series of tarps over the building to protect the barrels, but for the next several months the wind blew freely through the roofless warehouse. One observer says you could smell the whiskey evaporating from a quarter-mile off.  Six months later, during a routine quality check, it occurred to Buffalo Trace’s tasters that the exposure to the elements hadn’t, in fact, destroyed the whiskey. Instead, it seemed to have given the whiskey a special character. Sensing opportunity, Buffalo Trace designated Bourbon from the top two tiers of the roofless rickhouse – reportedly just under 100 barrels – to be sold under a special designation. It is widely reported that the barrels were less than 40% full, the unblocked wind having accelerated the angel’s share. They released at about the same price point as its regular EH Taylor: $69.00. The product was received well and it’s been sold almost for the double price of Pappy Van Winkle, that is $7000 a bottle.

As always, we continue to work and have access to new batches and new suppliers from IN, KY, TN and other Bourbon origins from New Fill to 4 years. For different mashbills, ask our specialist Flori.